Wildlife Photography for the Greater Good

In my last blog post I suggested that some wildlife photographers often appear to be more motivated by the number of “likes” they receive on social media, than they do about the welfare of their wildlife subjects. Some readers took exception to this and wrote me saying that they are motivated by a love of wildlife and that they enjoy sharing this love (along with their photographs) with others through social media. In fairness I believe that as wildlife photographers we are all motivated by a love of wildlife, why else would we endure all the challenges associated with this type of photography?  But does adding photos to social media benefit wildlife in any way? Surely there has to be a greater good.

This was a dilemma I found myself in several years ago. I derive a lot of enjoyment from watching and photographing animals, but what, if anything, do I give them in return? The more I thought about this, the more I wanted to give back. The question was - how? 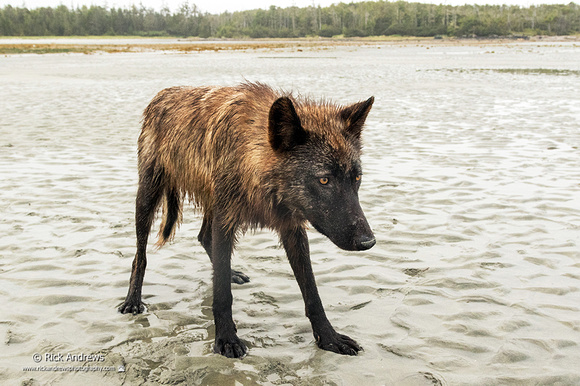 Female Coastal Wolf Coastal wolves (Canis lupus columbianus) are a genetically distinct sub-species of grey wolf that are found only on the northwest coast of British Columbia, Canada.

One day while taking my camera for a walk in our local wetlands, I met Ken Moore, who at that time was President of the “Friends of Helen Schular Nature Centre Society.” He told me that he donated his time each week helping out at the Nature Centre. While I thought this was a noble cause, I was not sure this was a good fit for me. But then he mentioned that some people also “volunteer” by donating their photographs to be used by the Nature Centre for educational use.

The light came on.

He invited me to stop in and take a look at some of the programs and interesting items on display, so I took him up on on his offer and soon got to know some of the friendly staff and selfless volunteers who put in countless hours helping to educate the public about the local flora and fauna. Then a few weeks later the Nature Centre contacted me and asked if I would consider donating a few images for use in a display about American Beavers. Over the next several months this grew to include donated images for streetlight banners as well as additional galleries at the Nature Centre. All of which I was very happy to do. 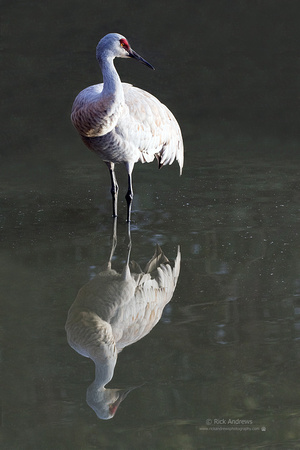 Sandhill CraneSandhill cranes (Grus canadensis) prefer to nest in areas with standing water such as marshes, bogs and wet meadows.

OK, you may be thinking, this is all great but how does any of this actually help wildlife?

While doing research for the documentary film “Country Club Marmots,” I was shocked to learn that according to the Living Planet Report of 2018 published by the World Wildlife Fund for Nature, global populations of mammals, birds, fish, reptiles and amphibians continue to decline at unprecedented rates. In fact according to them, since 1970 they estimate we have lost over 60% of these worldwide populations.

Again, according to them, one of the most serious threats, and a contributing factor to declining wildlife populations is the degradation and loss of wildlife habitat.

As of November 2018, human global populations were estimated to have reached 7.7 billion people. To put that growth into perspective, it took over 200,000 years for the global population to reach 1 billion, but only another 200 years to reach 7 billion. As our human population continues to grow exponentially, we need more land for agriculture, for housing and for transportation, and all of that comes at the expense of wildlife habitat.

Here in North America, particularly in western Canada, we are largely sheltered from what is happening in the rest of the world. And as we go about our busy lives raising children and earning a living, these things are often lost on us. But the reality is that habitat loss is very real, even in this part of the world.

So what can we as wildlife photographers do to help?

Through my wildlife photography and film making it is my hope that audiences will not only be exposed to our diversity of wildlife, but also learn more about them by seeing animal behaviour they may not have experienced before. If people begin to care about wildlife, then ultimately they should also care about the protection of wildlife habitat.  The two are not mutually exclusive.

Not sure how to do this? Well there are many worthwhile causes including NGO’s that are working hard to restore and preserve wildlife habitat. If there are any in your area, then perhaps you may want to consider volunteering some of your time, or perhaps donating a few images to help illustrate their cause.

Alternately perhaps you could put together a wildlife slideshow to present at your local photography club or naturalist society meeting where you could also share your knowledge and experiences about the species you are presenting. Who knows, perhaps you may even learn something from your audience that you did not know. It really does work both ways.

OK you say, this may be alright for you, but there are a lot of us who lead very busy lives and simply do not have enough time left in a day to volunteer. I get that, I really do, but at the very least, when posting to social media, I encourage you to do a little research and include some additional information about the subject that your friends and followers may not know. Who knows, perhaps they will find this so interesting, they may even begin to conduct a little research of their own.

I certainly do not claim to have all the answers, but if scientists are right, we may be very close to the tipping point where animal populations as they exist on this planet today may soon become unsustainable. If this is true, then we had better ask ourselves, what kind of world do we want to leave for our children and grandchildren? Will the only animals they see be the one in our photographs? I certainly hope not, and encourage you, for their sake, to become involved in any way you can.