It feels good to be back in coastal British Columbia. It was two years ago that I first joined up with wildlife guides Marven Robinson and Tim Irvin, as we photographed the shy and elusive Spirit Bear in British Columbia's Great Bear Rainforest.

This year we’re back, and along with fellow wildlife photographer Lance Gilliland, and former journalist Simran Gill, I’m hoping to film coastal wolves and learn a little more about them firsthand. 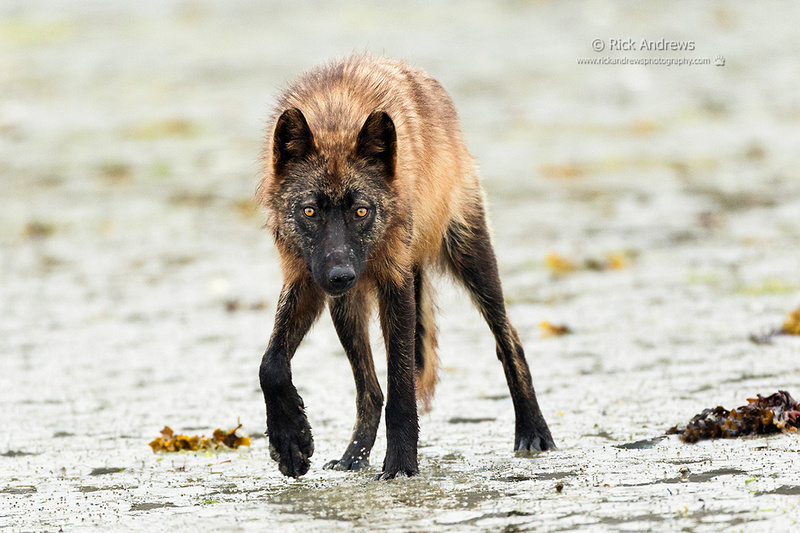 CoastalWolfCoastal wolves (Canis lupus columbianus) are genetically distinct from their inland cousins (Canis lupus) and have evolved to live in the coastal areas of north and west central British Columbia.

In North America, gray wolves (canis lupus) were once widespread, but during human settlement their populations were decimated, and in many areas they have now been completely extirpated. But on British Columbia’s west central coast and remote islands, there still lives a population of genetically distinct coastal wolves (Canis lupus columbianus), that remain almost entirely untouched by human interaction.

In reaching these islands, the wolves swim as far as 13 kilometres, defying strong ocean currents and blustery coastal winds. Yet they are not new arrivals, they have lived here for millennia and are inextricably linked to this unique ecosystem where the land meets the sea.

Here, in addition to Sitka black-tailed deer, the wolves diet consists of clams, crabs and marine carrion such as squid, seals and perhaps the odd whale. In the fall they also catch and eat migrating salmon that swim up the coastal rivers and creeks to spawn. Although these salmon are eaten by bears, eagles and ravens, some scientists believe they may carry a parasite that could be harmful to wolves. So instead of eating the whole fish, the wolves eat only the heads, which contain no parasites, yet are very rich in omega 3 fatty acids.

On the flight up, I couldn't help wondering how successful we would be. In the past 10 years or so, I have seen only four wild wolves, and each of those sightings was very brief. The difficulty of photographing wolves is echoed by Ian McAllister who has spent at least 25 years following these wolves, who wrote in his book The Last Wild Wolves, "Just seeing a wolf in the rainforest is a gift, never mind photographing one." Still I can't help hoping that we will have a wonderful encounter, one that will give me an opportunity to get a few clear shots, instead of the fuzzy distant shots I currently have tucked away somewhere. And while I'm imagining this, why not include the hauntingly beautiful sound of wolves howling?, as I lay comfortably tucked away in my sleeping bag. 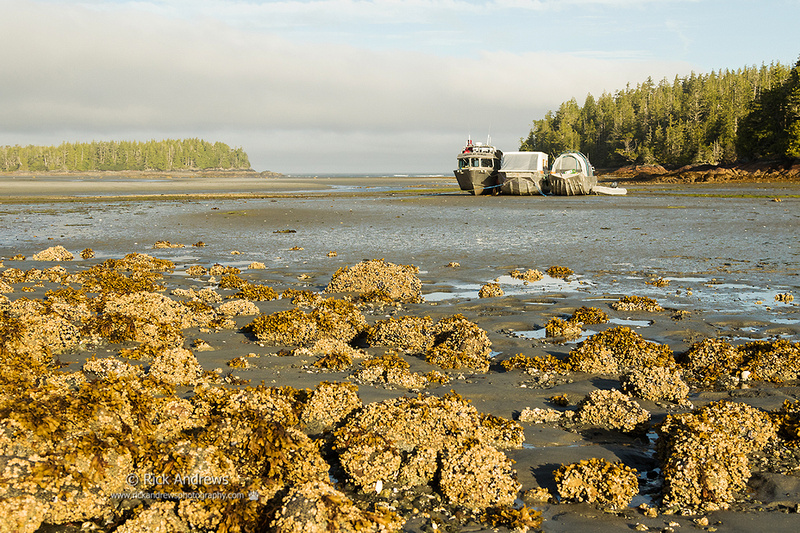 To improve our chances of success, instead of heading back into the heart of the rainforest, Marven feels we’ll have better luck on the remote coastal islands that make up the west coast archipelago. Because these islands are so remote, it's important to minimize our human footprint, so we will utilize three boats (dubbed "Marven's Boatel by Simran Gill) to establish our camp. Then, instead of trying to track the wolves, Marven suggested that we let the wolves come to us, which turned out to be a very successful strategy.

On the second day, Simran, Lance and myself were waiting for Marven and Tim to finish getting ready, the tide was out and we were standing behind the boat. Simran casually strolled alongside it, then turned and said "there's a dog standing in front of the boat, does Marven have a dog?" Lance and I glanced quickly at each other, and as we joined Simran, we saw our first wolf standing just a short distance away. 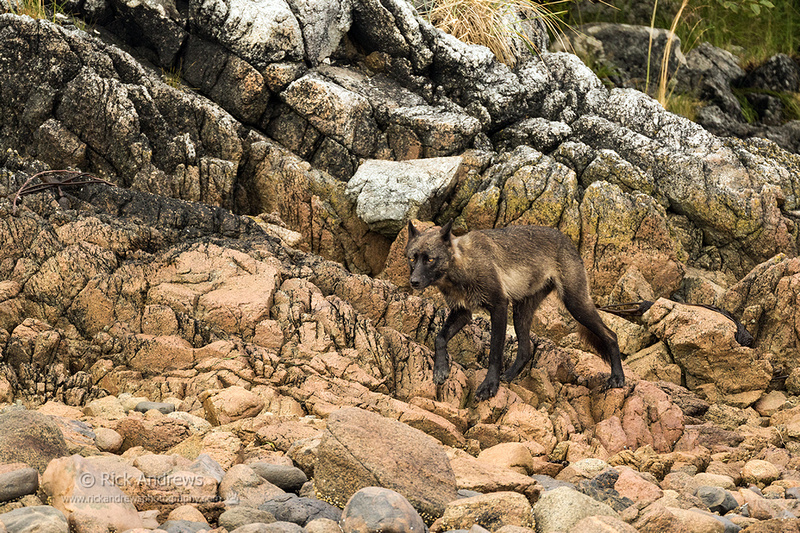 As the week progressed our luck held and we had several other successful sightings, including one morning when Tim spotted three wolves on the far side of the estuary. Looking through the binoculars I could see them trotting along in single-file. Their gait was very relaxed as they glided effortlessly along, yet within a few seconds they had passed completely out of sight.

In our later encounters with this pack, it was easy to see that they are very intelligent and highly social in nature. Some were curious and came closer to check us out, some were playful and frolicked on the sand flat in the middle of the estuary, as if we weren’t even there. Some came right into our camp, biting and licking the boat anchors, and tugging on the anchor ropes with their teeth. Still others remained indifferent and continued to set their own comfort zone by remaining a safe distance away. 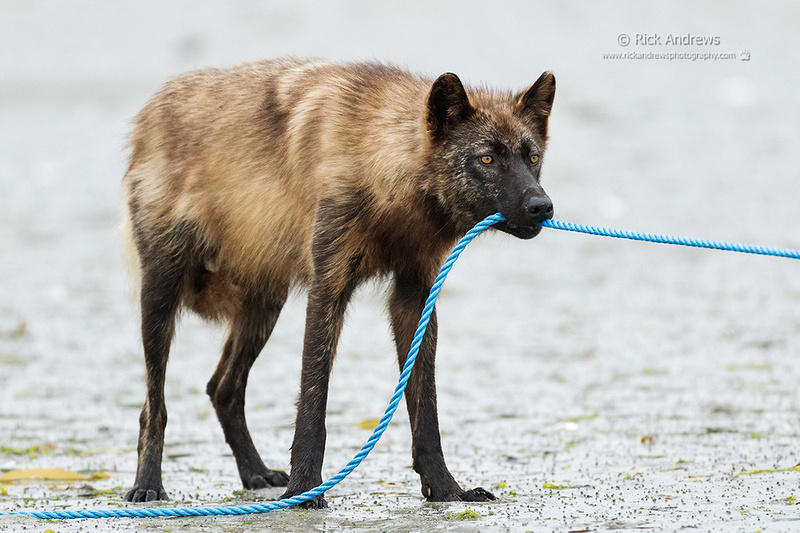 On our fifth day, about 1:30 in the morning we were awakened by the sound of howling wolves. The tide was out and the pack was running around on the sand flat just beyond our camp. Marven and a few of the others got up to watch them as they chased each other around in the moonlight. Still half asleep in my sleeping bag, I listened to the sound of their howling, and realized that sometimes, dreams really do come true.