BC Government to end Trophy Hunting - Sort of

“People are not going to care about animal conservation unless they think that animals are worthwhile.”  ~ David Attenborough

Since 80% of Canadians now live in urban areas, it’s sometimes easy to forget that the remaining 20% living in remote and rural areas, still rely on hunting as a major source of food for themselves and their families. Moose, elk, caribou, deer, seal, goose and ducks often make up a substantial part of the diet of indigenous people, as well as other non-indigenous people living in these rural and sometimes remote areas including Canada’s north. I recognize and understand this, and have no problem with sustenance hunting providing it is done legally.

Trophy hunting however, is quite another story.

Earlier this week, my curiosity was piqued as news stories began circulating, claiming that the new British Columbia (BC) NDP government would be implementing a ban on Grizzly bear trophy hunting. This is something that environment groups and First Nations have been asking the provincial government to do for years. 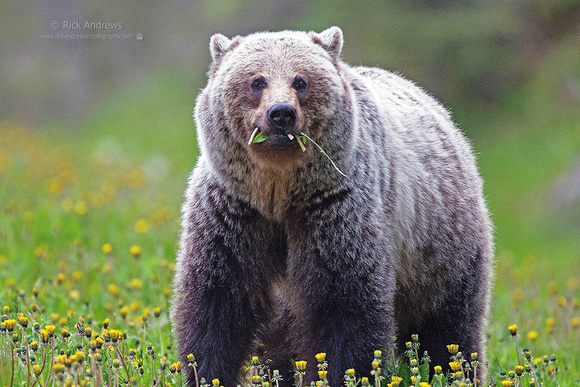 Because the practice of trophy hunting failed to align with their cultural values, Coastal First Nations prohibited the hunting of grizzly bears throughout much of their territories back in 2012, and formed the Coastal Guardian Watchmen group to enforce their ban. A ban which the former B.C. Liberal government (under then Premier Christie Clark) refused to recognize despite an independent marketing research poll showing that 91% of British Columbian’s opposed hunting solely for "sport."

They justified this by citing their own government statistics that placed the number of grizzles in the province at around 15,000, which they claimed was a sustainable number. This number has however often been disputed by environmental groups who cite statistics complied by independent scientists that put the number closer to somewhere between 6,000 - 8,000. 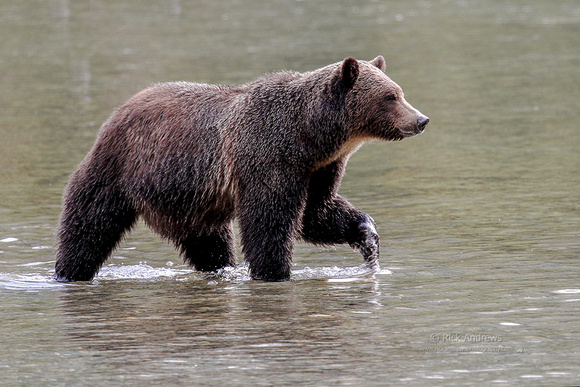 Yet according to a Globe and Mail online story, new NDP Forests, Lands, Natural Resource Operations and Rural Development Minister Doug Donaldson, says this is not a question of sustainability, "People in the province have come to their understanding, their point of view that the trophy hunting of grizzly bears is not a socially acceptable practice in B.C. in 2017,” and so it would appear that the new NDP government are now about to act on their campaign promise of putting an end to trophy hunting in the province.

Although their plan is to prohibit trophy hunting in the Great Bear Rainforest following this years fall hunt, it will still be legal in many parts of the province, providing the bears are killed for their meat. However according to a statement by Raincoast Executive Director Chris Genovali, “virtually no one legitimately hunts grizzlies for food, killing these bears is strictly a trophy hunt.” A sentiment that is echoed in a recently published article by David Suzuki and Faisal Moola, who add that “the meat (is) often infected with the microscopic parasite, Trichinella, which can make one seriously ill.” 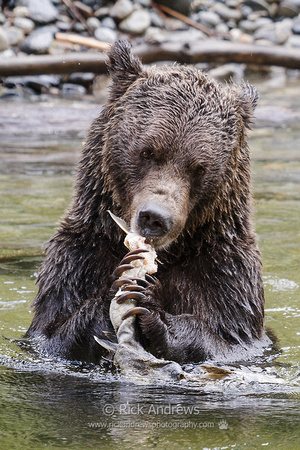 Yet one is still left to wonder if this will be used as a loophole, and if so, how it would be regulated and enforced. For instance could I still legally hunt a BC grizzly purporting that the hunt is strictly for sustenance purposes, and then sign over the carcass (meat) to my licensed guide or outfitter to dispose of?

This "hunting" ban also states that hunters will no longer be able to keep the head, paws or hide of a grizzly - but will that be enough to discourage hunters from killing one of North America's largest land based predators?

Green Party Leader Dr. Andrew Weaver, who helped BC Liberals form the current government in June, doesn't think so, pointing out in his statement that “by allowing the hunting of grizzlies to go on, but not allowing for the taking of traditional trophies (heads, paws, and pelts), little has been done to stop the “sport” hunting of bears.

He goes on to say that “Foreign hunters will still be able to shoot grizzlies in British Columbia, take a picture of themselves standing over the dead beast, and head back home without harvesting any of the animal .... I’m not sure how this will appease the concerns of anyone.” Instead he suggests that “the government should take a more science-based approach to species management” and calls for the introduction of endangered species legislation, which British Columbia (and incidentally Alberta) currently lack.

This however doesn't appear to be on the governments agenda, as in his statement, Donaldson said that the government “will consult with First Nations and stakeholder groups to determine next steps and mechanisms as B.C. moves toward ending the trophy hunt.”

While I believe that banning the hunting of grizzlies for sport is a good first step, we should remember that the greatest threat to grizzlies comes not from hunting, but from habitat loss and defragmentation. Grizzlies wander through vast territories to find enough food to sustain themselves. They are huge animals, and although sows may have successfully mated in June, due to delayed implantation, the fertilized eggs will not implant themselves if she does not have sufficient fat reserves to sustain herself and produce enough milk to suckle her cubs throughout the winter months. For these reasons, grizzlies are amongst the slowest North American mammals to reproduce. So in reality, this so called "end to Trophy Hunting in BC" could be little more than a red herring if the BC government is unwilling to address the larger problem of habitat loss. 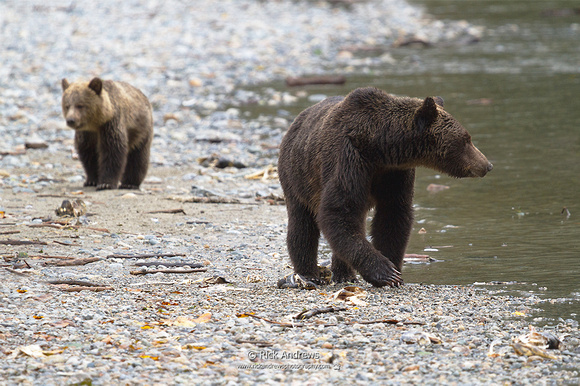 GrizzlyBear-1792 A grizzly sow and cub (Ursos actos) forage for food along the banks of the Orford River, Butte Inlet, British Columbia, Canada.

Donaldson also stated in Monday’s announcement, that his government is prepared to begin developing a renewed wildlife management strategy that will include "dedicated funding for wildlife and habitat conservation,” adding that the BC government will develop both long-term and short-term plans for managing wildlife resources.

For the sake of future generations (including my own grandchildren) I hope the government not only make good on this promise, but I also hope that they get it right. Because I don't think its overly dramatic to say, that the very future of British Columbia's grizzly bears, may very well depend on it.