Wow what a year! With the exception of a week spent in Alaska photographing coastal brown bears, the remainder of the year (and three months of last year), were all dedicated to filming my first documentary film - “Wildlife of the Oldman River Valley.”

Set in Lethbridge’s beautiful Oldman River valley, the documentary follows a variety of wildlife and highlights the challenges they face throughout each of the four seasons. Species such as Mule and White-tailed Deer, American Beavers, Coyotes, American White Pelicans, Great Blue Herons, nesting Great Horned Owls and reptiles such as Prairie Rattlesnakes and Bull Snakes are all included, along with underwater sequences featuring Wandering Garter Snakes fishing and Western Painted Turtles swimming. 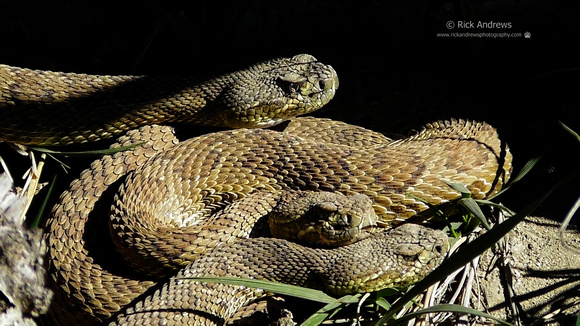 Prairie rattlesnakes enjoying the warmth of the spring sun at the entrance of their hibernaculum.

Looking back I have to say that this was a very ambitious undertaking for my first documentary. Although to be honest, I don’t think I began with the idea of making a documentary, instead what began as taking a few random video clips to supplement my still shots, slowly evolved into something very much larger.

As a wildlife photographer, I much prefer being outside, photographing, watching wildlife and learning as much as I can about any species I'm fortunate to be working with at the time. So I often look upon my time spent in post-processing as a necessary evil in order to share my love of wildlife with others. But I have to say, post-processing single images is nothing compared to editing video and audio tracks. Compiling video into usable sequences, adding background audio, writing scripts and performing voice-over narration is all very challenging, especially for the first time. 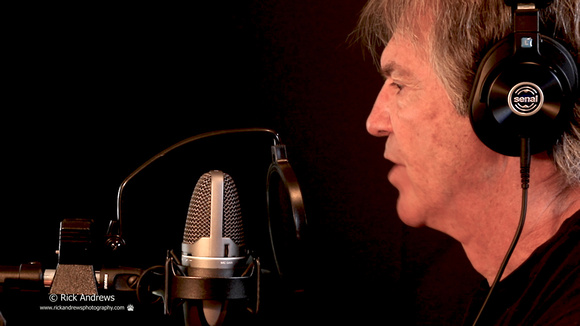 Originally I had flirted with the idea of making four, twenty minute documentaries, one for each season, and while I certainly had enough footage to do that, I eventually decided on a single 40+ minute film. In many ways, I think this was the better choice as it forced me to take a long hard look at the footage I was including, and while this was often a bit of a “Sophie’s Choice,” I believe it definitely strengthened the film, and is now something I’m becoming quite happy with. 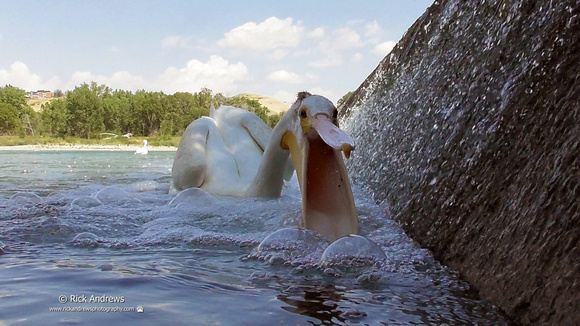 An American White Pelican fishing in the Oldman River.

So when can you see this documentary? Well it is almost complete. A good friend of mine, Dirk Stoltenberg, is currently in the process of finishing some original music for the film, and while this documentary is definitely not on par with those awesome BBC Wildlife documentaries we all love to watch, Dirk’s soundtrack will add immeasurably to the overall enjoyment of this film. For that reason it will likely not be released until early in the New Year as I prefer to release a finished product, as opposed to a rough cut.

In the meantime I would like to thank you all for your ongoing visits to my image gallery and for reading these ramblings, and while its perhaps still a tad early, I hope each of you has a safe and happy holiday season, and wish you and your loved ones, good health and much happiness in 2018.