I stand watching a herd of plains bison grazing the prairie, behind them the coulees across the valley are bathed in the soft light of early evening. The scene could be right out of the movie “Dances with Wolves,”  but this is not Wyoming, it’s Grasslands National Park in southern Saskatchewan, Canada.

For thousands of years this land was important to First Nations people. This was a place they hunted bison, an animal that not only provided them with food, clothing, shelter, and tools, but was, and still remains, culturally and spiritually significant to many Great Plains tribes.  Today their “Buffalo jumps” and “driving lanes” are still clearly visible, and as many as 12,000 tipi rings have been found throughout the park. 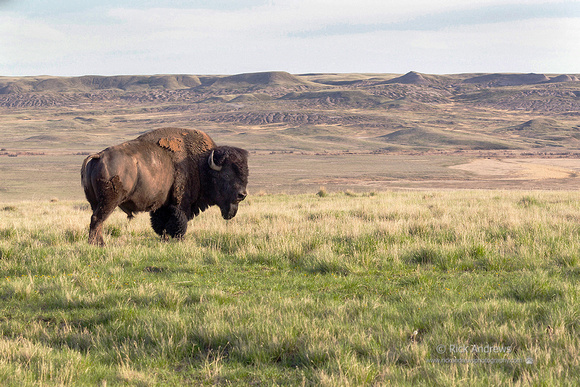 PlainsBison-9256AIn a scene that could be right out of the movie "Dances with Wolves," a Plains Bison bull (Bison bison bison) stands on the edge of the mixed-grass prairie in Grasslands NP, Saskatchewan, Canada.

Grasslands is one of Canada’s newest National Parks, established in 1981, it is divided roughly between the East and West blocks. (see map) Like a patchwork quilt with more than a few pieces missing, it stretches out over 907 square kilometres (350 square miles) of southern Saskatchewan, and is so remote that most of it is only accessible on foot or on horseback.

Yet it is this remoteness that makes Grasslands such a truly remarkable place. It is officially designated “a quiet place,” where only the sounds of nature are present without any human intrusion for at least 15 minutes during daylight hours. At night, it also has the distinction of being one of the darkest Dark Sky Preserves in Canada, and is therefore one of the best places for star gazing.

This remoteness is also very likely why the park is still home to endangered species (facing imminent extinction) such as burrowing owls, greater sage-grouse and the greater short-horned lizard. The park and surrounding area are also home to pronghorn, sharp-tailed grouse, badgers, coyotes, ferruginous hawks, swift foxes, moose, elk, deer, wolverines, and reptiles such as prairie rattlesnakes, eastern yellow-bellied racers, and western painted turtles. It is also the only place in Canada where you can still find black-tailed prairie dogs living in their natural habitat. 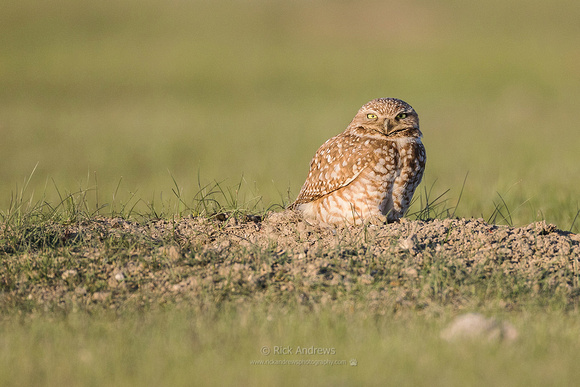 In Canada today, less than a quarter of the original mixed-grass prairie remains in its original state, much of it falling victim to ranching and homesteading attempts during the early part of the 20th century. Under the Dominion Lands Act, homesteaders were required to break 10 acres of land each year as part of their land deed agreement. Yet as they would soon discover, once the protective ground cover of grasses, moss and lichens was removed, the soil was quickly eroded by the hot dry prairie winds. This not only proved disastrous for many of these early settlers, but also for wildlife habitat and entire ecosystems that were ultimately destroyed too. 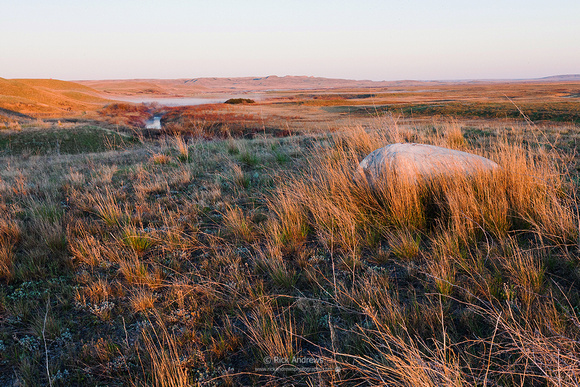 Today’s flora includes blue grama grass, needlegrass, plains cottonwood and silver sagebrush, and while the park is still one of the largest and least disturbed areas of native prairie in North America, the reintroduction of native prairie grasses is also helping to restore many of its damaged areas.

The park is also geologically significant. In the Frenchman River Valley, Seventy Mile Butte, and the badlands around Rock Creek, erosion from glacial meltwater formed many of the park's characteristic features. A thin, white, chalky layer of soil clearly seen on the exposed coulee sides marks the important Cretaceous-Palaogene boundary - a line above which all fossils are from mammals, and below it, from dinosaurs. It was during the International Boundary Survey of 1874 that Sir George Mercer Dawson discovered western Canada's first dinosaur remains in the Killdeer Badlands. More recently, a new species of prehistoric bird known as the Brodavis americanus was also discovered in the East Block. 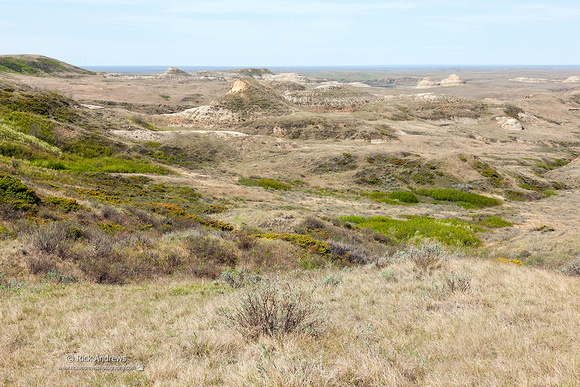 My week in Grasslands was thoroughly enjoyable and full of new experiences. Falling asleep to a chorus of coyotes and waking to the song of the Western Meadowlark is something I don't get to enjoy everyday. Nor is watching bison roam freely across the landscape, or watching the antics of black-tailed prairie dogs, catching a glimpse of a sleeping burrowing owl, or watching a badger hunt in partnership with a coyote.

I am grateful for these experiences that can only be enjoyed in our natural spaces. Nature can teach us much if we are prepared to take time out of our busy daily lives and remain open to receiving its lessons. There is a balance in nature that must be maintained, a balance that can only be achieved through coexistence, yet in our eagerness to settle and industrialize the west it seems we sometimes forget this.

I’m grateful for all the hard work that Parks Canada has put into restoring and maintaining this park for the continued benefit and enjoyment of all people. I value our wild places, and understand that without them, our world would be a much poorer place.