Following an enjoyable yet arguably hectic year last year, I managed to take a little time away from wildlife photography during the winter months to recharge the creative batteries. But I didn't let the dust settle for too long on the camera as I still managed a couple of outings to photograph mule deer bucks in the coulees of southern Alberta. 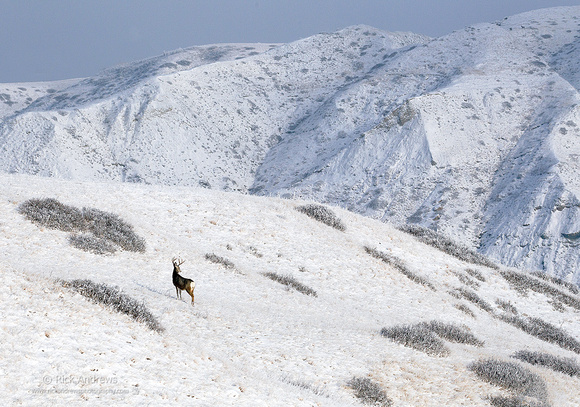 In February, I was invited by the local  Friends of the Helen Schuler Nature Centre Society to make a presentation to their membership and guests as part of their Travel Adventures series. It was a difficult decision, but in the end I decided to make one on the winter wildlife of Japan.

After a long winter I’m always excited when the trumpeter swans and snow geese begin returning. This usually marks the beginning of spring migration, as once the swans and geese arrive, I know it wont be long until the waterfowl, shorebirds and songbirds also return to southern Alberta to begin nesting and raising their young. 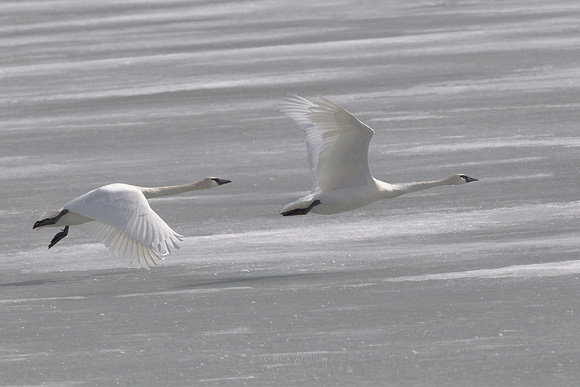 In early May I traveled to southern Saskatchewan to visit one of Canada’s newest National Parks - Grasslands. Looking at a map, the park looks a bit like a patchwork quilt with the two largest pieces being the east and west block. Of the two I found most of the wildlife in the west block which is located just east of the village of Val Marie. There I saw badgers, coyotes, black-tailed prairie dogs and burrowing owls, which really don’t burrow but simply occupy empty burrows vacated by the prairie dogs. Grasslands is also home to plains bison, and with the vast flat prairie spreading out for miles before them, it makes it a little easier to imagine what this land must have looked like before European settlers arrived. 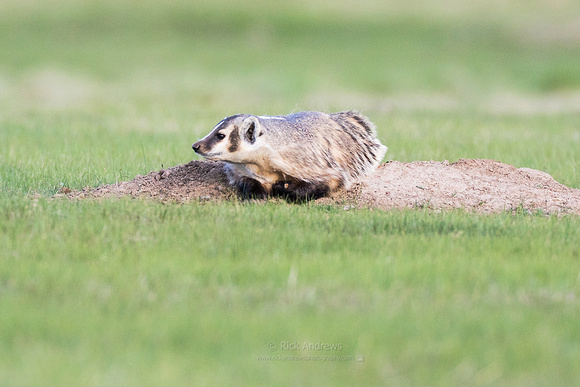 AmBadger-1856I found this American Badger (Taxidea taxus) in a Prairie Dog town where it was hoping to invite one of the residents over for dinner. Image taken in Grasslands NP, Saskatchewan, Canada.

After visiting family and friends in Ontario and Nova Scotia in May, I resumed my wildlife photography quest by photographing American White Pelicans and Turkey Vultures both of which are summer residents here. I also spent more time in the foothills this year photographing a pair of Red-necked Grebes and two pairs of nesting Osprey.

As summer began drawing to a close I traveled to one of the most beautiful ecosystems I have ever had the opportunity to visit - the Great Bear Rainforest of British Columbia. It's a truly magical place where the temperate rainforest meets the pacific ocean. It is home to Orcas and Humpback whales, coastal wolves, grizzlies and black bears, and the elusive and very rare "Spirit Bear." 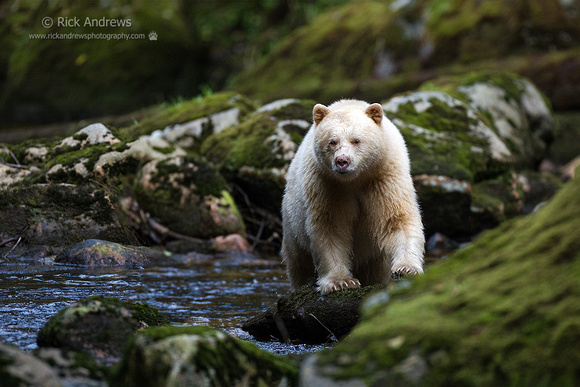 After my return I was asked by the Helen Schuler Nature Centre here in Lethbridge, to submit any images I may have of American Beaver for possible inclusion in their fall exhibit. I have always felt that my wildlife photography has been a bit one sided, they give me so much yet I always struggle to find a way of giving something back. This exhibit was a perfect opportunity for me to do just that as visitors to the Nature Centre are able to learn about wildlife and hopefully connect with it. Its my belief that we will only make the effort to protect something that we understand and value, so perhaps in some small way, my images may help to establish that connection.

Next year my focus (pun intended) will turn to video, an entirely new field to me. My goal will be to create a documentary that follows wildlife right here in southern Alberta through each of the seasons for an entire year. It will be a lengthy and challenging project but one that will hopefully not only showcase the wildlife of the Oldman River Valley, but also present it in unique ways that even frequent visitors may never have seen before.

But now as yet another year draws to a close, I want to thank you all for your visits to my image gallery, for reading my ramblings, and taking the time to post your very kind comments. I hope each of you has a safe and happy holiday season, and wish you and your loved ones, good health and much happiness in 2017.