Science Shows Why Trapping of Canids in Alberta Should be Banned

I have to admit that I was extremely disappointed when the Alberta Government recently released the Alberta Guide to Trapping Regulations (AGTR) 2015-16. I have long thought that wildlife trapping is both cruel and inhumane, and therefore have a hard time getting my head around why it's still legal here in Alberta in the 21st century.

But in an attempt to be fair and objective, I decided to research what the Alberta Government had to say in its AGTR (2015-16) and compare that to what the scientific community has discovered.

One of the first things I found in the AGTR 2015-16 (10) was a statement saying that the Alberta government subscribes to the Agreement on International Humane Trapping Standards (AIHTS) that came into effect in Canada in 1999 and defer the responsibility for trap testing to the Fur Institute of Canada, - “Killing and restraining traps that have undergone testing and have met the AIHTS requirements and the certification status of these traps are outlined below and are also listed on the FIC web site" (AGTR, 10).

It is interesting to note however that I was unable to find any certified killing traps listed in either the AGTR or on the fur.ca website for large canids such as fox, coyote or wolves.

Perhaps this is a moot point anyway.

While the trapping performance specifications set out in the AIHTS standards state that killing devices used for the capture of canids should render animals unconscious within 300 seconds (Official Journal of the European Communities, 1998), Proulx et al point out that killing neck snares “are not subject to trap performance specifications as set out in the Agreement on International Humane Trapping Standards (AIHTS)” (Proulx et al, 2015, 55). 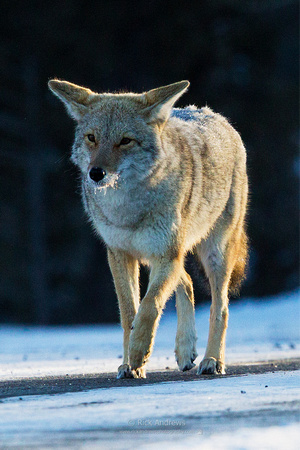 To be fair however, the 2015-16 AGTR does state that “fur bearing animals must be trapped using methods that are proven to avoid unnecessary pain and suffering,” and in their defense, perhaps the Alberta government (along with many trappers) mistakenly believe that existing traps and trapping methods are effective at killing animals humanely.

In the 2015 Pyramid Productions documentary film “Unnatural Enemies - The War on Wolves”, Bill Abercrombie, director of the Alberta Trappers Association is shown pointing to a neck snare and saying “this is a typical wolf set  - so when the wolf hits that, the snare tightens on his neck, the compression spring releases and it actually doesn’t choke the wolf, it cuts off the blood supply to his brain and he’s just unconscious in seconds. Very humane. Very, very effective.”

In the same documentary film however, wildlife biologist and researcher Gilbert Proulx states that “some people, maybe days after they set it, they find the wolf dead and they conclude that he died humanely. But that is not necessarily the truth.”

Retired provincial wildlife official Dwight Rodtka concurs. “How long does it take the snare to kill a wolf?” That can vary from if they’re extremely lucky, 15 or 20 minutes, one might die from strangulation and constriction of the carotid arteries, but that’s unusual. Its not unusual for them to live a day, or to live two days, I know of cases where they have lived a week.”

In addition to “Killing Neck Snares” not being subject to AIHTS trap performance specifications, Proulx et al point out that “a footnote to Article 7 in the AIHTS stipulates that the standards do not prevent individuals from constructing and using traps (which may not pass the 300 sec test), provided that such traps comply with designs approved by the relevant competent authority.” They go on to say that “in Canada these snares are considered “non-commercial” devices and therefore do not have to comply to AIHTS specifications.” (Proulx et al, 2105. 56) 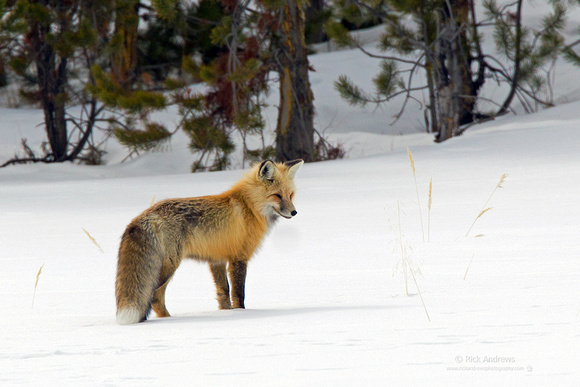 So if these snares aren’t subject to AIHTS performance specifications, how effective are they?

Killing neck snares are designed to contact the area of the canids neck where the carotid arteries and trachea are maximally exposed, and several sketches are used to demonstrate the setting of snares and the ideal stricking area to target in the AGTR (22). However in several independent tests, researchers (FPCHT 1981; Proulx and Barrett, 1990; Proulx and Barrett 1994) all found it difficult to consistently capture canids in this manner.

In independent snare tests, FPCHT (1981) tested the King Power Snare using 2 red foxes in enclosures and found that one fox was still conscious after 5 minutes, while the other was euthanized after 5 minutes when it experienced a weak corneal reflex.

Another evaluation of power killing neck snares was conducted by Proulx and Barrett (1990) who evaluated three different models and found that non of them met the 5 minute target.

Subsequent tests conducted by Proulx and Barrett (1994) on non-anaesthetized animals in semi-natural environments, found it difficult to consistently capture foxes behind the jaw with the power killing neck snares, and therefore did not recommend them as humane trapping devices.

So OK, lets give them the benefit of the doubt and assume that improved killing neck snares have been developed in the years since these tests were performed. Wouldn’t that be better?

Well even if canids are caught correctly in a killing neck snare, according to Proulx et al, it is difficult to constrict the trachea of a fox because of its rigid cartilaginous rings and adjacent musculature. (Proulx et al 2015). This is apparently because like many other mammals, foxes gasp reflexively when carbon-dioxide levels in their blood rise and oxygen levels fall (Loufbourrow et al. 1957; Barrett et al. 2009). In other words gasping is a normal physiological response to try to stimulate a return to regular breathing (Guntheroth and Kawabori 1975; Coleridge and Coleridge 1994) and even a very small passage left open in the trachea was found sufficient to allow air to reach the lungs. (FPCHT 1981).

Likewise the physiology of a wolf is very similar. “Wolves have a muscular structure and trachea and blood system that doesn’t allow them to die quickly with a snare” says Proulx. “The snare cannot strangle it to death, because through the gasping behaviour the wolves will maintain some air exchange with their brain.” (Proulx, Interview, "Unnatural Enemies - The War on Wolves.”)

Indeed, laboratory tests conducted on dogs confirm that canids have the ability to circulate blood to their brain after ligation of the carotid arteries through other arteries such as vertebral arteries that are located deep within their neck. (Moss 1974; Clendenin and Conrad 1979a, b) and the returning blood flow from the brain was also found to continue even when the internal jugular veins are occluded. (Andeweg 1996; Daoust and Nicholson 2004).

An example of this was cited by Daoust and Nicholson (2004) who recalled the case of a 2-year-old male coyote found a month after trapping season had closed on Prince Edward Island. The coyote was found with a steel snare embedded deeply in the ventral portion of its neck. The killing neck snare had presumably malfunctioned and in a desperate attempt to escape, the coyote had chewed through the steel cable anchor in order to release itself. The snare was found to have cut through the soft tissues of the neck, transecting the full diameter of the trachea, and was embedded in scar tissue between the trachea and the esophagus. The snare had also completely obstructed both jugular veins and both common carotid arteries, yet the coyote was still alive.

So how common is it for canids to escape from killing neck snares? 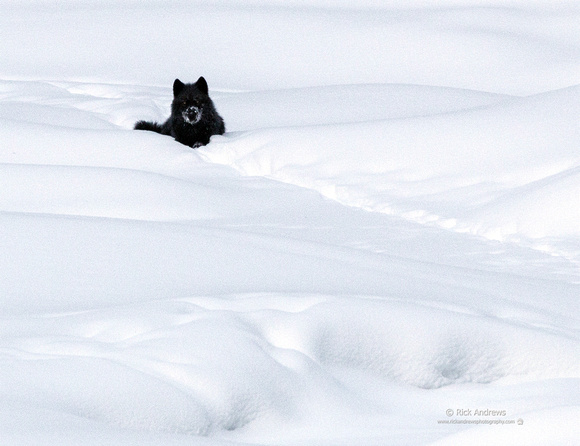 Repanshek (2008) reported the case of 2 wolves that had been snared outside Denali National Park and Preserve in Alaska, and had subsequently escaped with the tightened snares embedded deeply in their necks. After the wolves were spotted by park staff, one was immobilized with a tranquilizer dart while the other was never relocated, suggesting perhaps, that it, along with other animals that have escaped from killing neck snares, simply go undetected and likely die from their injuries, starvation or dehydration.

But even where these killing neck snares do not meet AIHTS standards for humaneness, surely there is a time requirement in which trappers must check their snares?

While the AGTR (13) outlines the requirements for checking non-killing devices, there appears to be no time requirement for neck killing snares. Perhaps this is due in part to the mistaken belief that these snares kill animals quickly. Yet as shown here, they may instead die slowly from their injuries, or from exposure, exhaustion, dehydration, starvation or perhaps even predation by other animals.

In addition to the damage inflicted upon “target” animals, snares are indiscriminate. Knopff et al. (2010) reported that 11% of the cougar population in west-central Alberta was removed annually as a result of accidental snaring. Although this is acknowledged in the AGTR, they seem more concerned with the impact this may have on hunting, than the welfare of this particular cougar population.

“In recent years, the number of cougars accidentally killed by trappers in Alberta has increased. Cougars are carefully managed as a hunted game animal in Alberta, and no trapping season exists. In areas where incidental mortality of cougars is high, hunting quotas for cougars may need to be reduced.” (AGTR 2015-2016, 21).

Science has clearly demonstrated that the use of killing neck snares are largely ineffective in humanely killing large canids, and perhaps this is why killing neck snares with one-way locking tabs were banned 35 years ago in the United Kingdom under the Wildlife and Countryside Act of 1981. Likewise killing snares are not used to catch any of the 11 AIHTS species found in the European Union (Talling and Inglis 2009).

Here in Alberta however, they remain legal.

If you feel as I do, that the current practice of employing killing neck snares on Alberta's wildlife is cruel and inhumane, then I encourage you to contact your Alberta MLA; the Honourable Shannon Phillips, Minister of Environment and Parks; and Alberta Premier, Rachel Notley (contact info below) to let your views be heard.

For that I thank you, and so I'm sure will Alberta's canids.

Andeweg, J. 1996. The anatomy of collateral venous flow from the brain and its value in aetiological interpretation of intracranial pathology. Neuroradiology 38: 621-628.