Industrial Development in BC Parks?

It’s no wonder that younger adults are apathetic towards our electoral process and elections in general. After 44 years as an eligible voter, I’m beginning to think that our whole political process is seriously flawed and in need of a major overall. In a year when Canadian senators believed they were entitled to pocket tax payer’s hard earned money, Alberta’s Premier thought it ok to spend $45,000 of our taxes to attend Nelson Mandela’s funeral, and the Mayor of Toronto made that city the laughing stock of North America, I thought it couldn’t possibly get any worse. But the BC government is quickly proving me wrong.

As I understand it, we as the general public, elect representatives to act on our behalf in the best interest of the people. Yet despite an overwhelming lack of public support for opening previously closed areas of British Columbia to allow trophy hunting of grizzly bears, the BC government is now thumbing its nose at the public once again by introducing Bill 4 aimed at making changes to its Park Act. 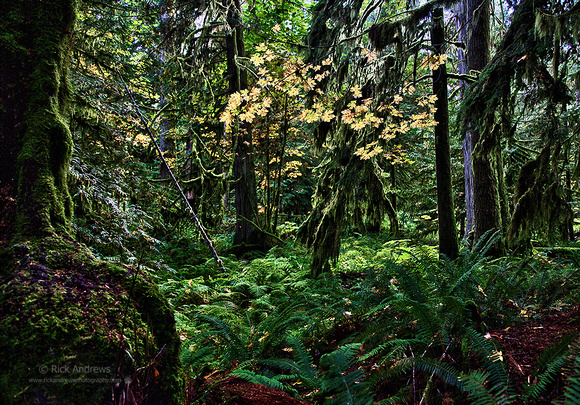 The proposed changes will pave the way for industrial development such as the installation of pipelines, transmission lines, the construction of logging roads, and the extraction of resources within BC’s public parks. It is also seeking to change the Act to allow industry to propose amendments to existing park boundaries, and remove current restrictions exempting parks of less than 2023 hectares in size. Potentially these revisions will impact any provincial park, anywhere in BC.

The proposed changes significantly compromise the entire park concept process which was developed over many years, usually after lengthy consultative processes with many different stakeholders. In this process, lands housing sensitive species or wildlife habitat, along with old growth forests like those currently found in MacMillan Provincial Park (pictured above), were designated as parkland to protected them against this very type of impact and exploitation.

The BC government claims that its parks are a public trust, to be managed for the protection of BC’s natural environment, and the inspiration, use and enjoyment of British Columbian's.

I guess they forgot the bit about – unless industry sees it differently.